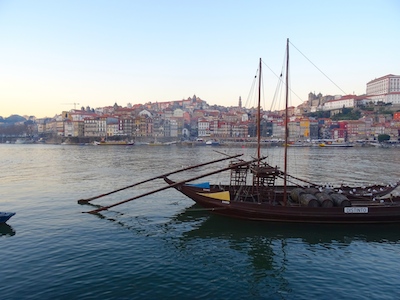 Following the outstanding Port wines that came out in the 2011 vintage, it felt like a long wait for the next declaration that came in 2016. In the spring of 2016 temperatures were cool and there was plenty of rainfall. Temperatures increased as the season progressed and some rain in the summer had many producers concerned that they may lose much of their fruit – some producers then harvested early. However, a hot spell late in the summer significantly improved the quality of the grapes and those producers that held back were richly rewarded in the quality of their harvest.

The ageing potential of the 2016 vintage seems excellent thanks to the concentrated fruit flavours coupled with firm, structured tannins. Those with the patience to wait for as many as 40 years to enjoy their wines can expect an unforgettable experience!

With it being 1880, since they last declared back-to-back vintages, there was some reluctance in the Symington family (one of the key Port producers) to declare 2017 as a vintage year. The feeling being that vintages shouldn’t be declared so frequently. However, the quality was so high in 2017 that the family felt that they couldn’t overlook the vintage and along with other major producers they declared 2017 to be another outstanding year for Port production.

Yields for the 2017 Ports were incredibly low thanks to unusually warm and dry conditions throughout the year. The 2017 vintage ports are being recognised for excellent structure and depth to their flavours but also the concentration of fruit has been key to their success. The 2017 vintage Ports are considered a more classic profile than those produced in 2016 thanks to the intensity of the fruit. With rich tannins and full flavours theses are wines that will also age incredibly well.

Though very different in nature, the 2016 and 2017 vintages have been incredibly exciting and have stirred up renewed interest in these magnificent wines. As the years progress, both wines can be expected to improve, though there is little doubt that many of these Port wines are already astonishingly good. These wines may offer good investment potential; the 2017 is already a little more expensive thanks to the low yields. At the very least though, these are wines that can lay on your wine rack for many years awaiting the right occasion to make somebody very happy.

The following sites helped us to make this article and are good for further reference: